Vitebsky railway station is an Art Nouveau architectural gem that is a window into the bygone splendor of Imperial Russia. There are guided tours at Vitebsky, but only in Russian. We are preparing a tour in English too.

The first railroad in Russia appeared in 1837, linking St. Petersburg and Tsarskoe Selo, which was the Romanov family’s residence outside the Imperial capital. Architect Konstantin Thon built the Tsarskoselsky Station, which was Russia’s first railway station, and which since 1936 has been called Vitebsky Station. 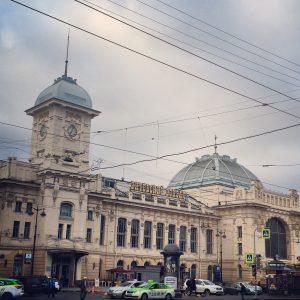