Many people love Art Nouveau but only a few can distinguish what inspired and influenced this Art Style and what didn’t. Check if you are one of them.

Before testing your skills on what influenced Art Nouveau, let us describe Art Nouveau (1880-1914). It means “new art” and embraced Europe’s new industrial aesthetic rather than challenged it. It featured naturalistic but stylised forms, often combined with shapes which were more geometric like parabolas, and semicircles. The movement used forms from the natural world that had not been used for long like insects, weeds, even mythical faeries.

Designs were are asymmetric and they replicated organic forms as trees and vegetation. Curved lines were preferred to straight parallel lines. In architecture the some straight lines were required but the architects tried to make them look visually organic in nature using ornamentation when necessary, and to be in harmony with the natural surroundings if possible. Women depicted in Art Nouveau pieces will often have flowing hair. Those in more provocative poses may have their hair down or even be nude draped in billowy folds of fabric.

Art Nouveau spread, almost at the same time, in most of the cultures and European countries , but also in North America. This style was spread pretty fast throughout Europe thanks to photo-illustrated art magazines and international exhibitions.

Can you figure out which movements influenced the Art Nouveau style? 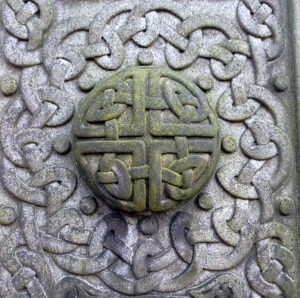 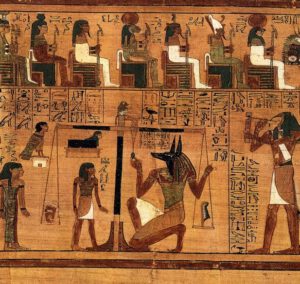 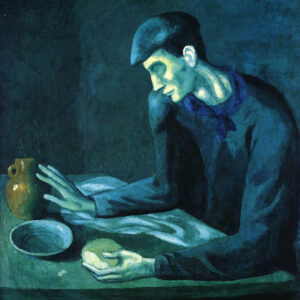 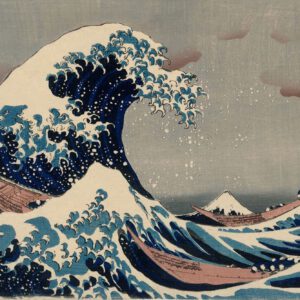 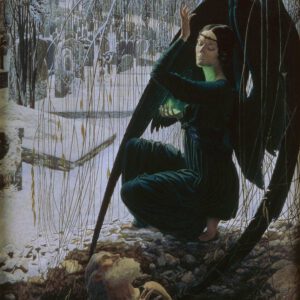 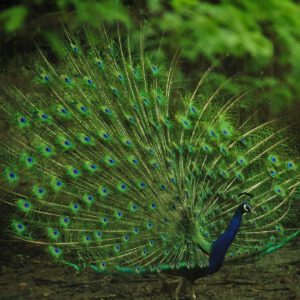 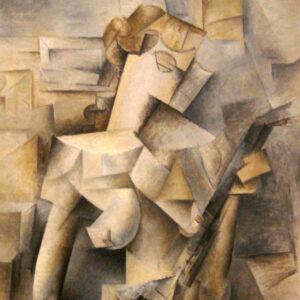 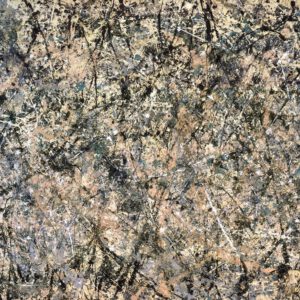 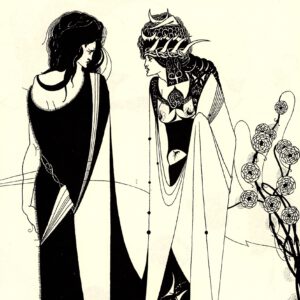 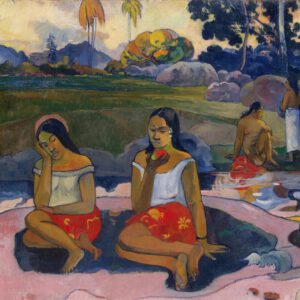 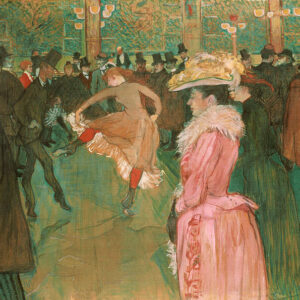 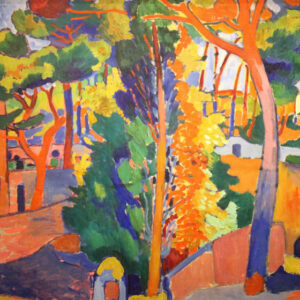 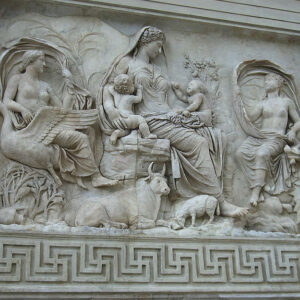 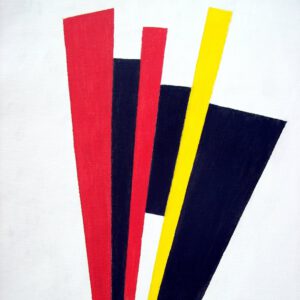 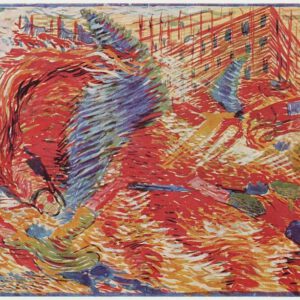 Some extra information about the possible influences…

#1 Celtic Arts – The art of the Celts is generally associated with ornamental artistry that is comprised of repetitive patterns, spirals, knots, foliage, and animal forms. Celtic Knotwork is probably the best known style of Celtic design. The intertwined patterns of never-ending lines appealed to the Celts, symbolizing their ideas of eternal life and the intricate relationship of humanity with both the divine and the natural worlds. Celtic art and culture date back as far as the 8th century B.C. Until recently, much was unknown about this fascinating culture.

#3 The Arts & Crafts – Arts and Crafts was a design movement initiated by William Morris in 1861 which aimed to improve the quality of design and make it available to the widest possible audience.

#4 Pablo Picasso – Associated most of all with pioneering Cubism, alongside Georges Braque, he also invented collage and made major contributions to Symbolism and Surrealism. He saw himself above all as a painter, yet his sculpture was greatly influential, and he also explored areas as diverse as printmaking and ceramics.

#5 Japonisme – The term is generally said to have been coined by the French critic Philippe Burty in the early 1870s. It described the craze for Japanese art and design that swept France and elsewhere after trade with Japan resumed in the 1850s, the country having been closed to the West since about 1600. Linear patterns of Japanese prints (ukiyo-e). The passion for all things Japanese was a trend of the era.

#6 Symbolism was a late nineteenth-century art movement of French, Russian and Belgian origin in poetry and other arts. … Distinct from, but related to, the style of literature, symbolism in art is related to the Gothic component of Romanticism and Impressionism.

#8 Cubism – Cubism was a revolutionary new approach to representing reality invented in around 1907–08 by artists Pablo Picasso and Georges Braque. They brought different views of subjects (usually objects or figures) together in the same picture, resulting in paintings that appear fragmented and abstracted.

#9 Abstract Expressionism – Abstract expressionism is the term applied to new forms of abstract art developed by American painters such as Jackson Pollock, Mark Rothko and Willem de Kooning in the 1940s and 1950s. It is often characterized by gestural brush-strokes or mark-making, and the impression of spontaneity.

#10 Aestheticism of the illustrator Aubrey Beardsley, who depended heavily on the expressive quality of organic line. The aesthetic movement was a late nineteenth century movement that championed pure beauty and ‘art for art’s sake’ emphasizing the visual and sensual qualities of art and design over practical, moral or narrative considerations.

#11 Paul Gauguin – He pioneered a new style of painting broadly referred to as Symbolism. As the Impressionist movement was culminating in the late 1880s, Gauguin experimented with new color theories and semi-decorative approaches to painting. He famously worked one summer in an intensely colorful style alongside Vincent Van Gogh in the south of France, before turning his back entirely on Western society.

#12 Henri de Toulouse-Lautrec – In addition to being the artist who designed the Moulin Rouge’s legendary posters, Toulouse-Lautrec was an aristocrat, dwarf, and party animal who invented a cocktail called the Earthquake (half absinthe, half cognac). His favorite pursuits were dressing up (geisha girl and clown get-ups were among his more memorable party outfits) and frequenting Parisian brothels, where he was a V.I.P. Like insects trapped in amber, his paintings, drawings and of course his famous posters preserve the swirl of energy, mix of classes and cultures, and the highs and lows of urban life in nineteenth-century Paris.

#13 Fauvism – It was initially inspired by the examples of Vincent van Gogh, Paul Gauguin, Georges Seurat, and Paul Cézanne. The Fauves (“wild beasts”) were a loosely allied group of French painters with shared interests. Several of them had been pupils of the Symbolist artist Gustave Moreau and admired the older artist’s emphasis on personal expression. Henri Matisse emerged as the leader of the group, whose members shared the use of intense color as a vehicle for describing light and space, and who redefined pure color and form as means of communicating the artist’s emotional state.

#14 Greco-Roman reliefs patterning and materials. style of the fine arts developed in Rome or the Roman Empire from the middle of the 1st century b.c. to the early 4th century a.d., chiefly characterized by an apparent indebtedness to Greek forms or motifs modified by technological innovation, monumental scale, the combination of symbolic with narrative treatment of subject matter, and an emphasis on the commemorative aspect of a work of art.

#15 Constructivism – Constructivism was a particularly austere branch of abstract art founded by Vladimir Tatlin and Alexander Rodchenko in Russia around 1915.

#16 Futurism – An Italian art movement of the early twentieth century that aimed to capture in art the dynamism and energy of the modern world.

The style unifies the styles that emerged in many countries in Europe at about the same time: in Austria it is known as Secessionsstil after Wiener Secession; in Spanish Modernismo; in Catalan Modernisme; in Czech Secese; in Danish Skønvirke or Jugendstil; in German Jugendstil, Art Nouveau or Reformstil; in Hungarian Szecesszió; in Italian Art Nouveau, Stile Liberty or Stile floreale; in Norwegian Jugendstil; in Polish Secesja; in Slovak Secesia; in Russian Модерн (Modern); and in Swedish Jugend.

As the new style of Art Nouveau emerged, the movement became known by different names across Europe: Art Nouveau or Jugendstil, Modernista, Secession, Glasgow Style, stile Liberty, Szecesszió, and stile Floreale. There was some common ground within the different national interpretations. The spirit of the art movement, as well its designs, was influenced by some previous movements.

The goal of Art Nouveau was to revitalize quality craftsmanship, elevate the craft, and create contemporary designs that highlighted the practicality of the objects they were producing.

We have a quiz that will help you realize if you know well the three Art Nouveau B-Cities. CHECK IT OUT!

If you enjoyed this quiz we have another one that can be of your interest:

Can you distinguish between Art Nouveau and Art Déco? (Test Your Skills HERE).