Some people say that the Art Nouveau B-cities of Budapest, Brussels and Barcelona are very distinct, but we are not that sure about it.

Can you figure out if the following 18 pictures are from Budapest, Brussels or Barcelona? 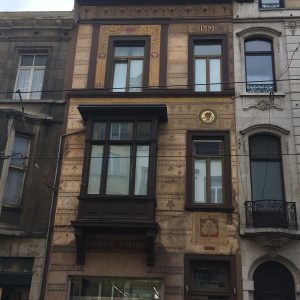 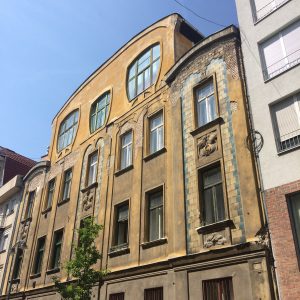 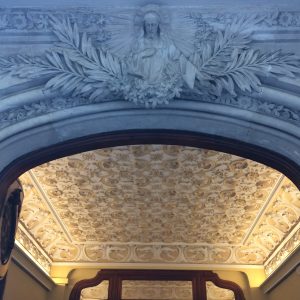 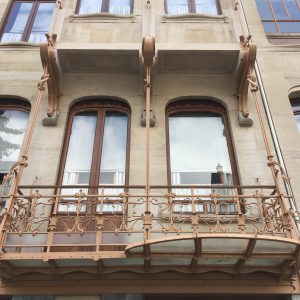 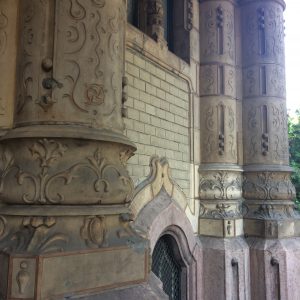 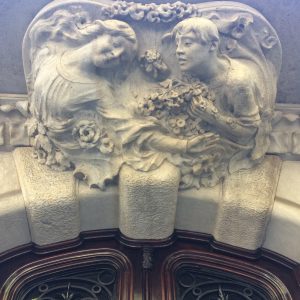 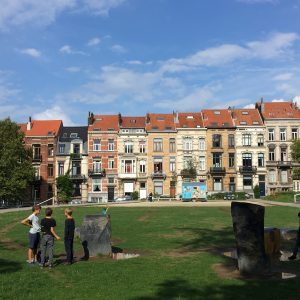 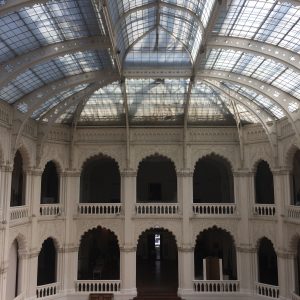 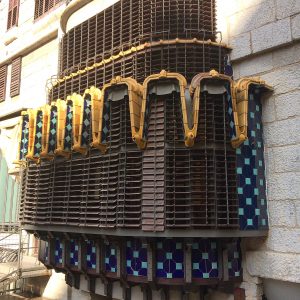 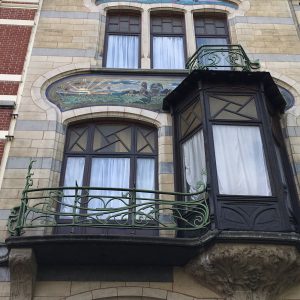 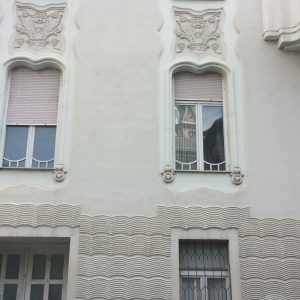 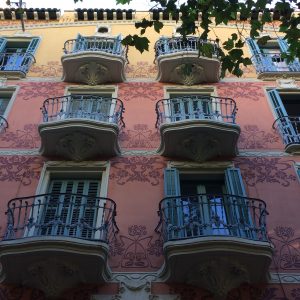 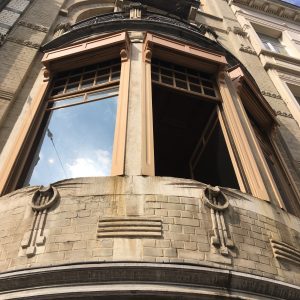 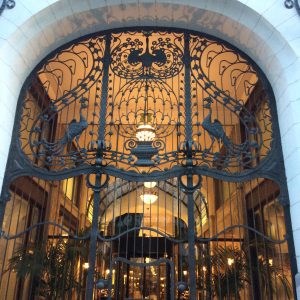 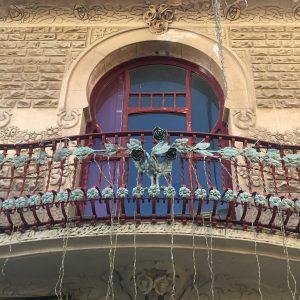 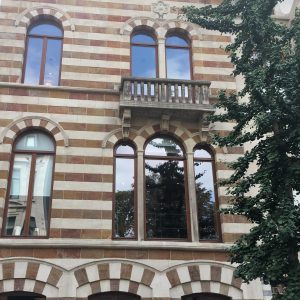 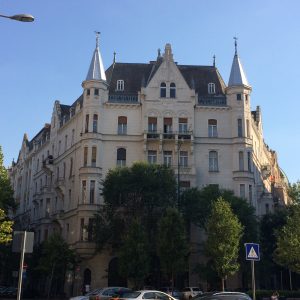 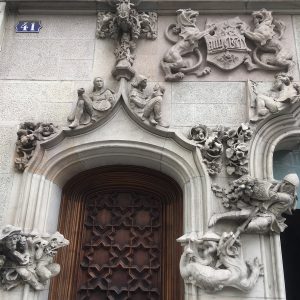 Some of the main characteristics of each of the three cities are:

Budapest was the co-capital of the Austrian-Hungarian Empire along with Vienna between 1867 and 1918. In the last quarter of the 19th century the city reached almost a million people and more than doubled its number of buildings.

During the flourishing period of the Austro-Hungarian Monarchy the economy was buzzing, Budapest became an important hub of the Monarchy, and many spectacular buildings were erected. The city had its golden age around 1900 when it was considered a metropolis.

Even though Hungary was tied to Austria she expressed her very own history and culture through the arts. The art nouveau movement provided a shared platform for both Christians and Jews to express their Hungarian identity within the Austro-Hungarian Monarchy.

Secession style, the name of Austro-Hungarian Art Nouveau, was the popular style at that time therefore many of these buildings belong to this style. The most important architect of this movement was Ödön Lechner. Although many people call him “the Hungarian Gaudí”, his influences came from Indian and Syrian architecture, and later by traditional Hungarian decorative designs.

Secession is the name for Art Nouveau in Hungary, Czech Republic, Austria and all the areas that until 1914 belonged to the Austro-Hungarian Empire.

In Budapest the Art Nouveau movement was more than just an art style because it provided a shared platform for both Christians and Jews to express their Hungarian identity (history and culture) within the Austro-Hungarian Monarchy. The new style was not accepted by the mainstream and the authorities for a long time but it satisfied the bourgeois Jews’ needs of group identification.

In the last quarter of the 19th century the city of Budapest reached almost a million people and more than doubled its number of buildings. Many of these buildings were built in Secession style, Hungarian Art Nouveau, and one of the main architects involved in these projects was Ödön Lechner, known as the Hungarian Gaudí. Other key architects of that time were Béla Lajta, Aladár Árkay and István Medgyaszay.

Art Nouveau was born in 1893 thanks to the visionary mind of Victor Horta. With interesting curvatures of glass and steel, Victor Horta’s masterpieces shaped the face of brussels, influencing architects all over the world.

There are over 200 examples of Art Nouveau buildings around Brussels, and we will show you the best ones, explaining the history behind them. The era had moved on from Gothic Revival, Neoclassicism, Renaissance Revival, etc. It was itching for new ideas, materials and an elegant natural style, with a touch of Japan to counter the cold, grey march of industrialism.

The main Art Nouveau neighbourhoods  are St Gilles, Ixelles and Schaerbeek. Also, there are some highlights in the city center like the Musical Instruments Museum and the Brussels Comic Book Museum.

Sagrada Família, Park Güell, Casa Batlló or La Pedrera are probably the most popular buildings of Gaudí in Barcelona but  there are three Gaudí houses of such a beauty and originality deserve to be mentioned.

Casa Vicens was the first residential house designed by Antoni Gaudí, and displays a combination of all the artistic and historical movements that influenced the architect. In the urban palace Palau Güell you will learn about the relationship between the architect and Eusebi Güell, a distinguished businessman, politician and a promoter of the arts. Finally, Torre Bellesguard house shows you how Renaixença, an early 19th-century romantic revivalist movement in Catalan language and culture, influenced the architect.

CLICK HERE for Art Nouveau Private tours in Barcelona. One of them visits is a itinerary including these three amazing Antoni Gaudí buildings, a Must for all Art Nouveau lovers.

Art Nouveau emerged as a reaction to Industrialisation and disappeared at the advent of World War I. It is flowing and about curves. It looks to nature and organic elements for much of its inspiration. Flora is widely represented and also animals and insects, both real and imagined, decorate many pieces with bats, dragons, birds and dragonflies as popular motifs. You will find geometry in Art Nouveau, but usually in forms with curving rather than hard edges. Art nouveau is much more decorative, flowing, and floral.

It means “new art” and embraced Europe’s new industrial aesthetic rather than challenged it. It featured naturalistic but stylised forms, often combined with shapes which were more geometric like parabolas, and semicircles. The movement used forms from the natural world that had not been used for long like insects, weeds, even mythical faeries.

Designs were are asymmetric and they replicated organic forms as trees and vegetation. Curved lines were prefered to straight parallel lines. In architecture the some straight lines were required but the architects tried to make them look visually organic in nature using ornamentation when necessary, and to be in harmony with the natural surroundings if possible. Women depicted in Art Nouveau pieces will often have flowing hair. Those in more provocative poses may have their hair down or even be nude draped in billowy folds of fabric.

The style unifies the styles that emerged in many countries in Europe at about the same time: in Austria it is known as Secessionsstil after Wiener Secession; in Spanish Modernismo; in Catalan Modernisme; in Czech Secese; in Danish Skønvirke or Jugendstil; in German Jugendstil, Art Nouveau or Reformstil; in Hungarian Secession or Szecesszió; in Italian Art Nouveau, Stile Liberty or Stile floreale; in Norwegian Jugendstil; in Polish Secesja; in Slovak Secesia; in Russian Модерн (Modern); and in Swedish Jugend.