In Kimono: Refashioning Contemporary Style – Cincinnati from June 28 to September 15

Organized by the Kyoto Costume Institute in Japan and the Asian Art Museum of San Francisco, the exhibition features fashion from the 1870s to the present day along with kimono, Japanese prints, paintings and textiles.

Kimono—literally translated “thing to wear”—has impacted international fashion since Japan opened its ports to the world in the mid-1850s. The form and silhouette of kimono, its two-dimensional structure and motifs used as surface embellishment, have all been refashioned into a wide array of garments. Kimono revealed new possibilities in clothing design and helped lay the foundation for contemporary fashion design.

Japonism influenced a lot Art Nouveau as you can learn by clicking HERE.

From a nineteenth century gown decorated with Japanese-inspired floral motifs to a 1960s dress tied with an obi-like sash to couture designs as recent as 2016, Kimono: Refashioning Contemporary Style, is a product of international collaboration between Japanese and American institutions. It makes clear that kimono has had a strong presence in fashion and continues to be an inspiration for designers worldwide.

“We are excited to partner with Kyoto Costume Institute (KCI) and Asian Art Museum to tell the story of the influence of kimono on contemporary fashions. KCI is renowned for their collection of Western dress and more than 15 exceptional examples of traditional and contemporary fashion have been added to the exhibition from our own permanent collection. We have also supplemented the show with paintings, works on paper and examples of Rookwood pottery that help tell this story. From the 1870s to today, the kimono has continued to be a touchstone for fashion couturiers on a global scale,” said Cynthia Amnéus, Cincinnati Art Museum’s Chief Curator and Curator of Fashion Arts and Textiles.

The Cincinnati Art Museum is the third of three venues in the United States to present this exhibition. It was previously on view under the title Kimono Refashioned at the Newark Museum in New Jersey and is currently on view at the Asian Art Museum in San Francisco (February 8–May 5, 2019). 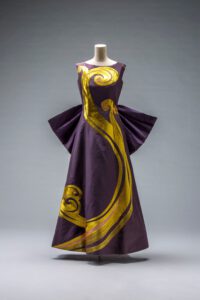 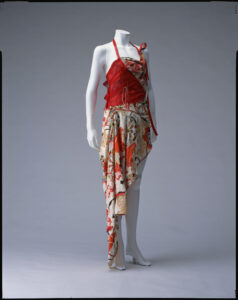 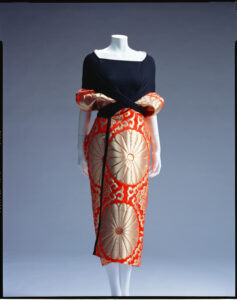 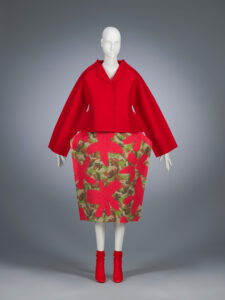