Hotel Lutetia reopened its doors in Paris last summer after a long rehabilitation process and currently is one of the most popular hotels for the affluent tourists with an interest in Art Nouveau. It embodies the historical beauty of one of the most beautiful cities in the world, Lutetia is a monument to the glory and culture of France.

Rooms and suites, which have now gone from 233 to 184, with what has been gained in space, and common areas that are reborn, such as the Joséphine bar -the one of the aforementioned mural more than a hundred years old; the restaurant Saint-Germain, which reveals a library with hundreds of volumes, or of course the brasserie, that restaurant decontracté parisian, whose menu has been prepared by the prestigious chef, triply starred by the Michelin Guide, Gérald Passédat, of Mediterranean cuisine, in which locals, people of step and tourists are mixed. They have also created new spaces, such as the interior garden.

One of the great novelties is the spa, named Akasha. It is a tribute to marble and offers the best face and body treatments, next to a swimming pool in which to swim and relax after a long trip. Later, late at night, go to the Joséphine and have a drink in front of its impressive windows and high ceilings, which give us the feeling of being on a transatlantic.

A favorite both for Parisians and international travelers, Lutetia has been the culinary heart of Saint-Germain-des-Prés for more than a century. The reason, says executive chef Benjamin Brial, is the same whether it comes through the kitchen door or through the great hall. 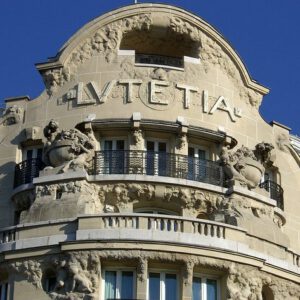 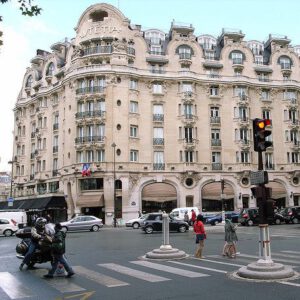 For Art Nouveau lovers like Us, the fact that the hotel is located inside an Art Nouveau building empowers it and gives it a uniqueness and exclusivity a sign of luxury.

Situated halfway between two central districts in the city’s artistic history, Montparnasse and Saint-Germain-des-Prés, it was one of the reference hotels for Picasso, Josephine Baker, Antoine de Saint-Exupéry and Samuel Beckett or Pierre Bergé.

Founded in 1910, the hotel has been the meeting point of the great artists of the 20th century, such as Ernest Hemingway, Josephine Baker, Pablo Picasso and many more. The design of the building was a bold move from art nouveau to the emerging style of art deco, a symbol of the French art of living and a symbol of prestige and refinement.

After the Nazi occupation, the hotel was occupied by the Abwehr par-information service, espionage and counter-espionage of the German army staff. After the end of the war, the same salons received many of the victims who managed to survive the Nazi concentration camps.

The Lutetia hotel closed its doors for four years, an interlude dedicated to restoring and renovating this legendary establishment of French heritage. Today is a member of The Leading Hotels of the World, a wonderful collection of independent, unique and rare luxury hotels that immerse us in the most magical destinations in the world.

Lutetia Hotel offers an authentic Parisian experience and has been the heart of the local community for over 100 years. After four years of reforms driven by the international architect Jean Michel Wilmotte, the new Lutetia combines heritage and modernity. The objective in terms of the architecture of the hotel was clear: to preserve the historical parts (frescoes, gilding and moldings) so that they integrate perfectly with a new and contemporary environment.

With five famous gastronomic spaces to choose from, guests can enjoy varieties and vintages that are offered nowhere else. A memorable start is breakfast at L’Orangerie, with a rich cup of Chef Brial’s chaud chocolat; a custom-made mix that he developed with Valrhona, adding an international touch to a French classic. For lunch and dinner, the Mediterranean recipes of three Michelin stars of Chef Passadat in the Brasserie are a must. At dinner time, no gourmet feast at Le Saint Germain is complete without tasting the hotel’s exclusive and extraordinary Champagne. Then, the Joséphine bar and the Aristid bar welcome us to enjoy the city’s nightlife with intriguing menus and cocktails.

The hotel, one of the legendary ones of the gala capital, was erected in the neighborhood of Saint-Germain-des-Prés, in 1910, on the impulse of the Boucicaut, owners of the department store Le Bon Marché – the Parisian Bergdorf Goodman today – . It would initially be born with the idea of ​​accommodating its suppliers, as well as the customers who were traveling to Paris. But shortly after, for its imposing architecture and interior, halfway between art nouveau and art deco, it would become the benchmark for the rive gauche or left bank of the Seine, a neighborhood in which, in addition to mythical cafés like the Flore or the Deux Magots, are embedded historical publishers.

From the 50s, the Lutetia, a Frenchified name of Roman origin, and as it was known in Paris in the past, once again shines as the center of the arts, music and the intelligentsia of the moment, making it easy to cross then in his bar with Juliette Gréco, Boris Vian, Jean Cocteau or Jean-Paul Sartre, among the wide list of characters. Decades later, he will have guests like the controversial Serge Gainsbourg, the artist Arman, who decorated a suite, or Catherine Deneuve, still a neighbor of the neighborhood, and who was seen on more than one occasion with Yves Saint Laurent. In it, film directors such as Leconte and Klapisch recorded scenes for their films. The necessary renovation

CLICK HERE to discover the best selection of private Art Nouveau tours that we offer in Paris. 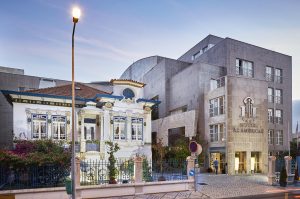 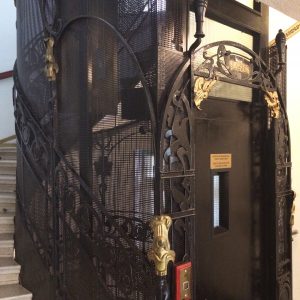 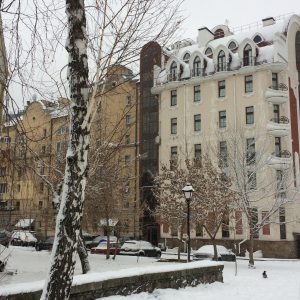 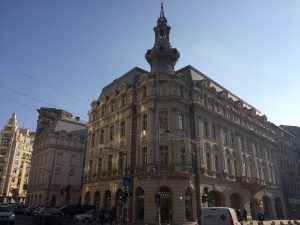 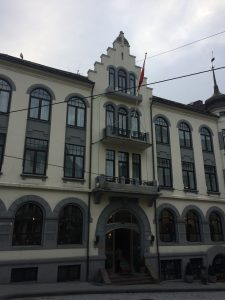 Worldwide the number of new luxury hotels is increasing annually and Art Nouveau allows hoteliers to differenciate from the competitors and you the chance to get inspired and imagine how were the Art Nouveau or Belle Époque times, that lasted from 1890 to 1914, or broadly speaking from the 1880’s to the 1920’s.