William Morris: Designing an Earthly Paradise – Cleveland Museum of Art up to Jan. 13

Nineteenth-century British artist William Morris is primary known for his textile designs. He was part of the so-called Arts and Crafts Movement of the late 19th century, which celebrated handcrafted artisan goods at a time when the industrial revolution threatened to make them obsolete, and his distinctive, intricate patterns drew from nature.

The Cleveland Museum of Art has on display an exhibit of Morris’ now instantly recognizable designs, which have been in production steadily since his death in 1896, called Designing an Earthly Paradise. It features items from the museum’s own collection, including woven and block-printed textiles from all phases of Morris’ career and a nearly complete set of volumes he designed for Kelmscott Press, which he founded. It also includes reproductions of some of his wallpaper and carpet designs, and an embroidery by Morris’ daughter May loaned by the Cranbrook Art Museum. 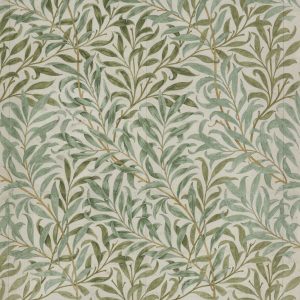 There is no entry fee to access the exhibition. More information HERE. 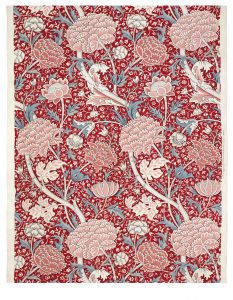