Death and Life is the title of an amazing work by Gustav Klimt. It took him almost eight years to paint this artwork, depicting the conflict between existence and extinction, which he himself described as his most important figurative work. And two men have attacked it today. Two climate activists in Austria have broken into the room in Leopold Museum where the painting is displayed and sprayed it with a black oily liquid and one then glued himself to glass protecting the painting’s frame

Members of the group Last Generation Austria tweeted targeted the 1915 painting “Death and Life” at the Leopold Museum in Vienna to protest their government’s use of fossil energies. After throwing the liquid on the painting, which wasn’t damaged, one activist was pushed away by a museum guard while another glued his hand to the glass over the painting’s frame. The group defended the protest, saying in a tweet that they were protesting “oil and gas drilling,” which they called “a death sentence to society.”

The wave of attacks that associations against climate change have launched in recent weeks against the main works of art in the world may continue if there is no response to their acts. So far police has been very soft on them.

In a video of the incident, which the group posted online, one of the activists can be heard shouting that “we have known about the problem for 50 years — we must finally act, otherwise the planet will be broken.” “Stop the fossil fuel destruction. We are racing into a climate hell,” he added. After the attack, police arrived at the museum and the black liquid was quickly cleaned off the glass protecting the painting, Austria Press Agency reported.
Despite thorough controls at the museum’s entrance, the activists succeeded in bringing the liquid inside by hiding it in a hot water bottle under their clothes, the agency reported. This will mean more money spent in security for the museums, many people claim.

The museum’s restoration team said later that while the painting itself hadn’t been harmed, the damage to the glass and security framing, as well as to the wall and floor, was “evident and significant”. Hans-Peter Wipplinger, the director of the Leopold Museum said that the concerns of the climate activists were justified, “but attacking works of art is definitely the wrong way to implement the targeted goal of preventing the predicted climate collapse.” He appealed to the group to find other ways to make their concerns known.

Austria’s culture minister also expressed understanding for “the concerns and also the desperation” of the activists, but criticized their form of protest. “I do not believe that actions like these are purposeful, because the question arises whether they do not rather lead to more lack of understanding than to more awareness of the climate catastrophe,” Andrea Mayer said. “From my point of view, accepting the risk of irrevocable damage to works of art is the wrong way to go,” the minister added. “Art and culture are allies in the fight against climate catastrophe, not adversaries.”

The Klimt work is an oil on canvas painting in the Art Nouveau style depicting death on the left side and a group of partially naked, hugging people on the right side. It’s one of the latest pieces of art to be targeted by climate activists to draw attention to global warming.

Check it out The best Art Nouveau Private Tours in Vienna. 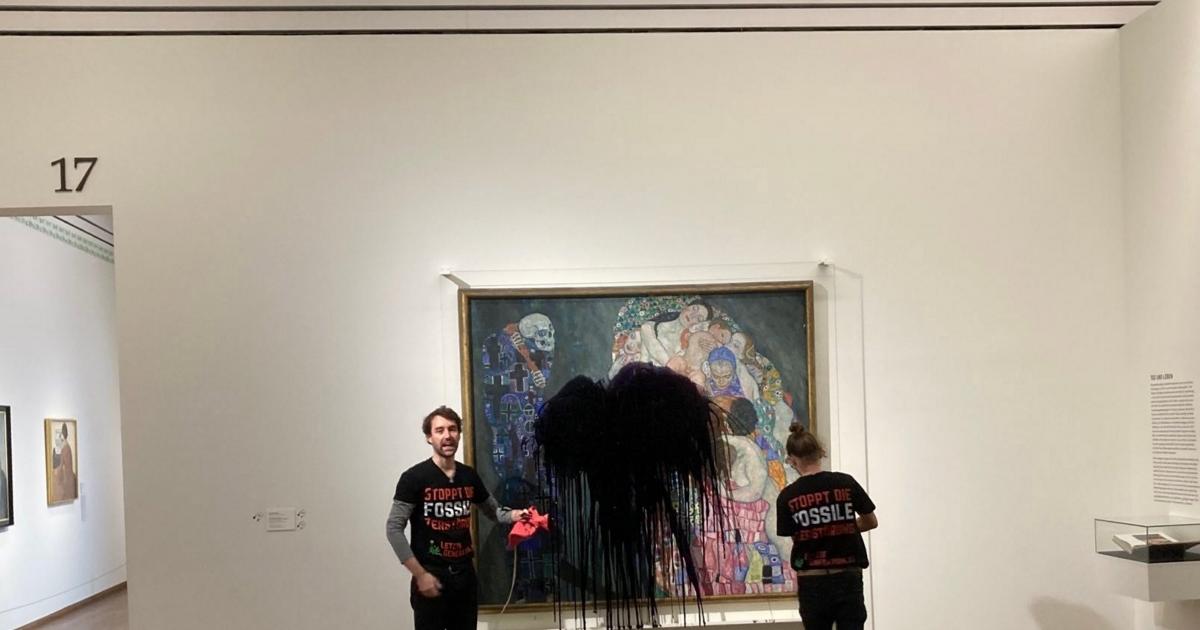 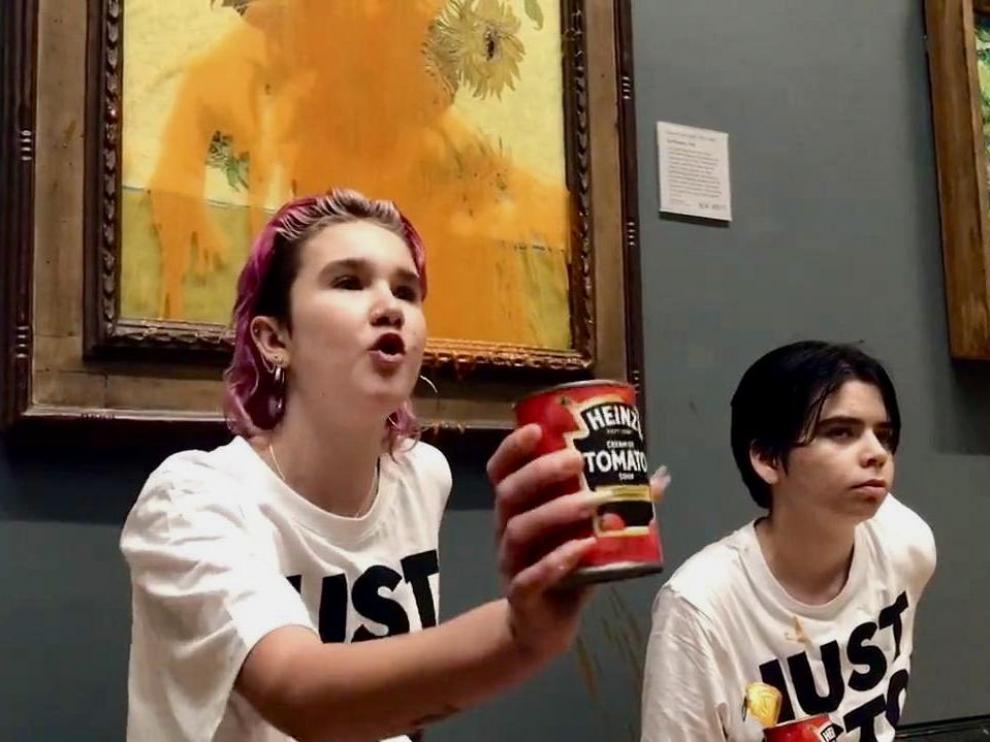